This was his Navy accident notification form from the 16th of May, 1955. He was still listed as being married to Joan S. Headly (the mother of Glenne A. Headly, the late film and stage actress of some note).

As far as I know, every person named on this document has died, so I figure that confidentiality is no longer an issue.

Of interest (to me, anyway) is the fact that he listed Dennison Rusinow (misspelling the name as Russinow) as the fellow who would be responsible for inventorying his effects. Rusinow was a fellow Naval Intelligence Ensign of his (apparently) who had been a Rhodes Scholar and went on, after his similarly brief Naval Intelligence career, to be the United State’s leading expert on Tito’s Yugoslavia and a Professor the the University of Pittsburg.

Posted in Whatever | Tagged Dennison Rusinow | Leave a comment

Michigan, where I am from and where I live (and vote), chose Bernie Sanders over Hillary Clinton in 2016, and everyone wondered what was wrong with the Clinton campaign.

Michigan chose Donald J. Trump over Hillary Clinton (by far less than 1%, but still) in the 2016 general election, and everyone wondered what was wrong with the Clinton campaign.

Last night, Michigan chose Joe Biden over Bernie Sanders, and everyone is wondering what is wrong with the Sanders campaign. (Don’t look at me – I voted for Warren; yes, after she dropped out.)

I say forget all that wondering and, instead, let’s take a look at Michigan. There’s an unaddressed problem with their recent voting tendencies (and the fact that they just elected a female Governor, their second one, doesn’t let them off the hook as far as I’m concerned).

Posted in Whatever | Tagged clinton, sanders, sexism | Leave a comment

Happy birthday to us

Me and all my friends back in the late seventies and early eighties knew plenty of jerks like Kavanaugh, and the thought that even one of them might end up on the Supreme Court is, well, disheartening (to put it mildly).

Alas, there are lots of Kavanaughs (and their enablers) running things these days. 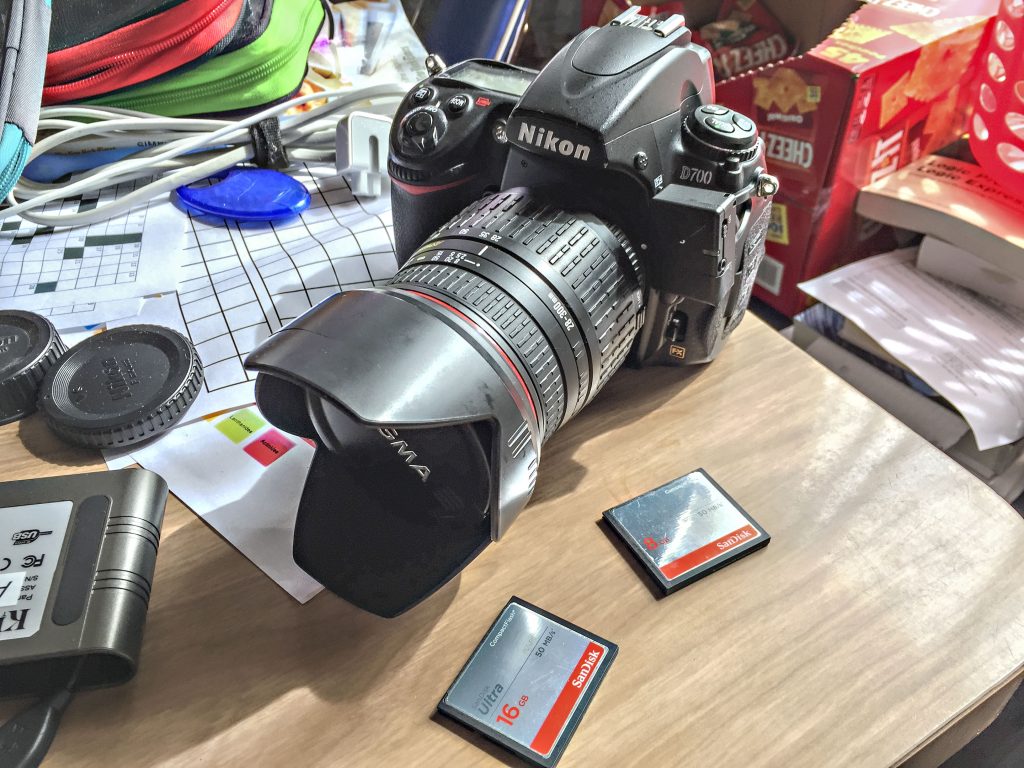 I bought a (well) used D700 off eBay recently. The original seller reported frustration with CF Card errors, which probably saved me $150 on the price.

The camera, once I got it, seemed OK, but was having a lot of problems writing to the CF cards reliably. Sometimes there’d be a ‘CHA’ error that would clear with an off-on cycle, but other times the camera would fail to see any of the previously taken pictures after the restart.

Other times the error manifested as weird characters on the drive; several times the camera formatted the drive with the name “NIKKN D700”, a few times it said “NIKON D300.” I saw some pics with the extension “.NAF” (instead of “.NEF”). Some cards appeared to ‘lose’ 4.3 Gigs of space to, well, nothing.

The Internet said that formatting the card using the camera’s Format feature was important, but I was trying that (without real success). Other people said older SanDisk cards were problematic, so I ordered a Lexar card as suggested.

I didn’t pay the extra $4 for overnight, so I had some time to try other things, and I hit something that worked.

Nikon CF cards use the MS-DOS(FAT32) format, and I played with formatting them on my Mac, but that didn’t help (even after re-formatting them on the camera). It then occurred to me that the camera might only be doing a ‘light’ format. To force the camera into doing a deeper format, I used the Mac to put an ExFAT format on the cards.

When I pop those in to the camera, the camera doesn’t even try to read them, it just reports “For” (for Format). Running a Format on the card resulted in a card that worked fine.

Perfectly fine. Even the oldest SanDisks I have work fine.

This fix did not hold. I had to get the CF Slot replaced in the end. 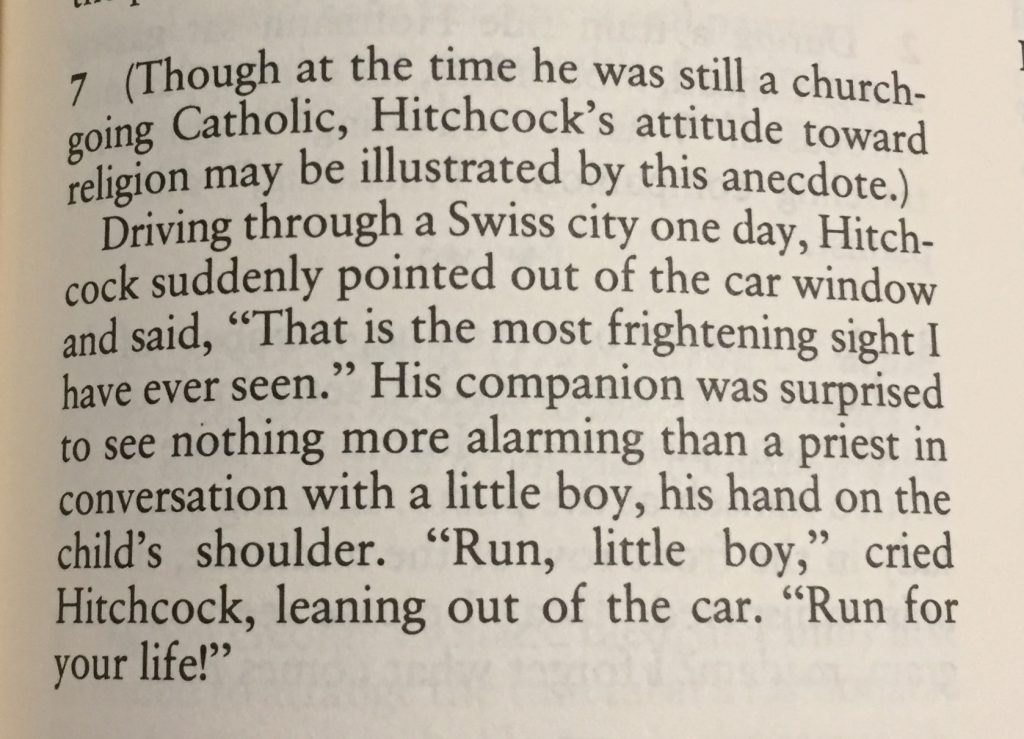 From the Alfred Hitchcock section of
“The Little, Brown Book of Anecdotes”

From the Alfred Hitchcock section of “The Little, Brown Book of Anecdotes”

7 (Though at the time he was still a church-going Catholic, Hitchcock’s attitude may be illustrated by this anecdote.)
Driving through a Swiss city one day, Hitchcock suddenly pointed out of the car window and said, “That is the most frightening thing I have ever seen.” His companion was surprised to see nothing more alarming than a priest in conversation with a little boy, his hand on the child’s shoulder. “Run little boy,” cried Hitchcock, leaning out of the car. “Run for your life!”

The heater came on for a bit this a.m.